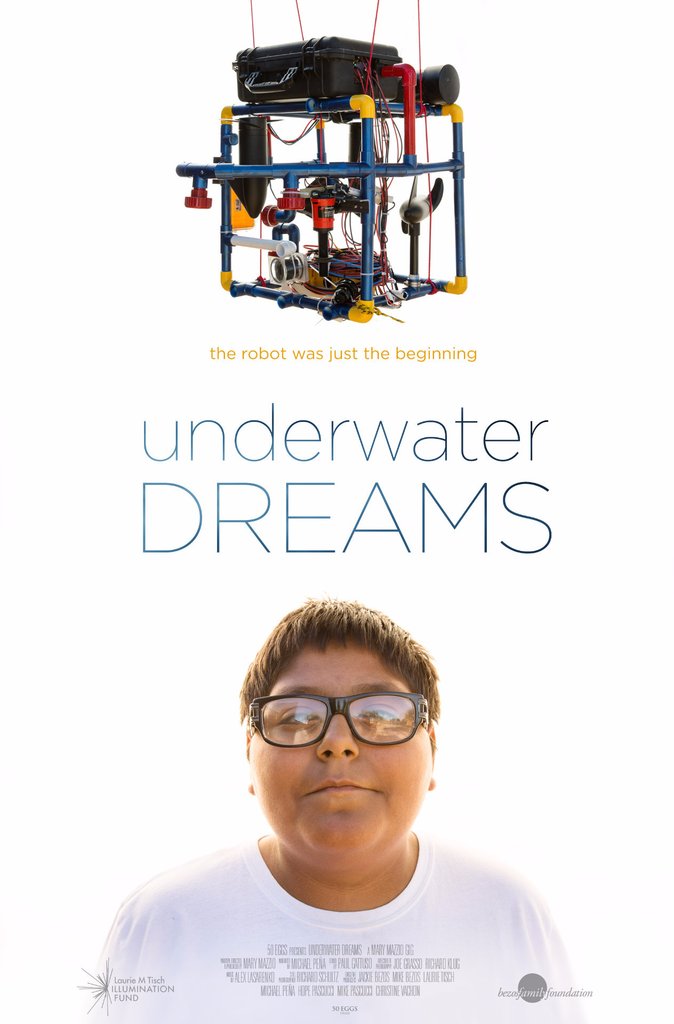 Underwater Dreams, written and directed by Mary Mazzio, and narrated by Michael Peña, is an epic story of how the sons of undocumented Mexican immigrants learned how to build an underwater robot from Home Depot parts. And defeat engineering powerhouse MIT in the process.

Fast forward to a shocking result. This rag-tag high school team of undocumented Mexican boys did what no one thought possible. The competition, however, was only the beginning. These boys forged a legacy that could not have been imagined.

Narrated by Michael Peña. Written and Directed by Mary Mazzio. Funded by the Bezos Family Foundation and the Laurie M. Tisch Illumination Fund, with additional support from Babson College, the Virginia G. Piper Charitable Trust and others.